The Art of Repair

A collective research project on reproductive technologies, trauma and repair.

The Art of Repair is a collective research project conducted by Edna Bonhomme and Luiza Prado on reproductive technologies, trauma and repair. The project will look into questions of disability- and reproductive justice, and explore matters of racialized and gendered inequities within health care systems. From the vantage of autobiographical archives, the project will chart reproductive medical geographies, and the history of medical experimentation and racism with the Black body. Foregrounding practices of speculation, health activism and communal care, Art of Repair will trouble questions of making kin through medical apparatuses and scientific regimes, and propose methodologies of radical care and repair. 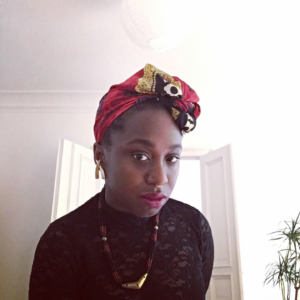 Edna Bonhomme is a writer, historian of science, and interdisciplinary artist. As a researcher, Edna’s work iwho interrogates contagion, epidemics, and toxicity through decolonial practices and African diaspora worldmaking. A central question of Edna’s work asks: What makes people sick? Edna answers this by exploring the spaces and modalities of care and toxicity that shape the possibility for repair. dna’s creative work is guided by decoloniality, care, and African diaspora world making. Edna has written for publications such as Africa is a Country, Al Jazeera, analyse & kritik, The Baffler, Der Freitag, The Nation, The New Republic, and more. Edna holds a PhD in the History of Science from Princeton University and a Master’s in Public Health from Columbia University. Edna has collaborated on and exhibited multimedia projects at Haus der Kulturen der Welt, Galerie im Turm, Display Gallery, HAU Berlin, Savvy Contemporary, and other interdisciplinary spaces. 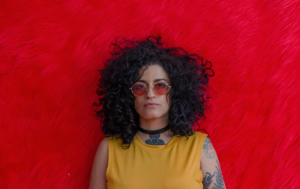 Luiza Prado de O. Martins (she/her, they/them) is an artist and researcher born in Rio de Janeiro in 1985, four hundred and eighty-five years after the Portuguese first invaded the land currently known as Brazil. Luiza holds an MA from the Hochschule für Künste Bremen and a PhD from the Berlin University of the Arts and is a founding member of the Decolonising Design platform. Her work examines themes around fertility, reproduction, coloniality, gender, and race. In her doctoral dissertation she approaches the control over fertility and reproduction as a foundational biopolitical gesture for the establishment of the colonial/modern gender system, theorizing the emergence of ‘technoecologies of birth control’ as a framework for observing—and resisting, disrupting, troubling—colonial domination. Her ongoing artistic research project, “A Topography of Excesses,” looks into encounters between human and plant beings within the context of herbalist reproductive medicine, approaching these practices as expressions of radical care. Since 2019, she has broadened the scope of this research, developing a body of work that offers a critique of the racist concept of ‘overpopulation’ in the context of the current climate crisis.

Laboratory for Aesthetics and Ecology is a platform for planetary becomings.
We work with the embodied, theoretical and political implications of global, but unequally distributed environmental breakdown in response to multispecies worlds in urgent need of regeneration and care.
We try to stay with the trouble of cultivating human and more-than-human relations and ethics that point towards and rework the different response-abilities ‘we’ carry on a planet wounded by the violence of colonialism, white imperialism and extractive capitalism, while also reconfiguring the already exclusive and non-innocent notion of the Human. We work with the non-binary, the weird and the marginalized, the exhausted, the composting, the failing, the falling, the floating and the leaking. We strive to facilitate openings for the mourning of past, present and future worlds lost, while also holding space for radical joy, insurgent play and modest hope. We work towards the composing of collectives, resilient and vulnerable, in the ambition to imagine and co-create liveable worlds otherwise. We are concerned with the im/possibilities of queer homebuilding in a world characterized by forced migration and homelessness, and we long for the consolidation of international solidarity and practices care.
We facilitate a myriad of multidisciplinary events, exhibitions, workshops and symposia across landscapes, disciplines, contexts and histories spanning from rural spaces, festival sites, ocean shores, boats, academic- and exhibition spaces and more. Our methods are performative, experimental and flow through and across genres. We aim for long durational, cross-pollinating knowledge productions in conversation with many partners.
We also run a small press that publishes and translates work that shares, extends, supports and forms our thinking. Our publications explore intersections and crossings between the poetic and the academic, the affective and the scientific, the personal and the political.

research partner: THE CENTER FOR ARTS AND MENTAL HEALTH (Copenhagen)

The Center for Arts and Mental Health, Copenhagen (Foreningen Kunst og Mental Sundhed, fkms) is a community-based multi-arts center aimed at providing opportunity for psychiatric service users to work with professional artists in developing and participating in artistic workshops and curatorial projects as spaces for healing and recovery focusing on meaningfulness, interconnectedness, de-institutionalization and care.

In the mental health care system it has become apparent that medicine alone cannot cure mental illness and that treatment should be more person-centered including a fuller conception of what it means to be a human being opening up the dialogue with social, existential but also aesthetic needs.
The Center for Arts and Mental Health is a result of an identified need in the mental health care system for more holistic approaches to treatment of mental illnesses, that for the last 30 years in main-stream psychiatry has been dominated by a reductionist, bio-pharmaceutical approach. Yet, the connection between art and mental health has been present since the birth of psychiatry for both therapeutic and diagnostic means. This connection has been valuable for psychiatry, but also for the arts.
The Center for Arts and Mental Health is working in close collaboration with Mental health care center Amager in Copenhagen, where psychiatry-users are offered participation in art-groups as part of their psychiatric treatment. The center also runs a research-program consisting of an interdisciplinary team of psychiatrists, philosophers, artists and service-users investigating the effects of art on mental health. The leading board of the center is cross-sectional and consists of established psychiatric researchers as well as art professionals.

ARIEL – FEMINISMS IN THE AESTHETICS is an intersectional, queer-feminist exhibition platform and interface project situated within the Womens’ Building, Copenhagen. Providing a context driven framework for transdisciplinary cross-pollinating collaborations, ARIEL is expanding and challenging new ramifications of feminism, aiming to support and build lasting infrastructures of care and solidarity.

ARIEL – FEMINISMS IN THE AESTHETICS is a platform and interface for exhibitions, centered on new ramifications of feminism emerging within the aesthetic field. Through a facilitation of current artistic research, the project seeks to nuance and expand on a feminist framework with an attention to intersectional, transnational and transgenerational approaches and to be a contact zone where the topics can be accessed. The initiative is internationally oriented with a long-term perspective on branching out into new collaborations, contexts and situations.

Supported by Kvindernes Bygning (The Women’s Building), ARIEL’s platform is located on the ground floor of the building, where an exhibition program is available to the public 24/7. ARIEL builds on the early feminist work done by Kvindernes Bygning, and aims to reimagine and mobilize a transdisciplinary intersectional environment that can reflect and support the many initiatives and organizations within the building. ARIEL is initiated by Nina Wöhlk, and curated and run together with Karen Vestergaard Andersen.Toggle Content goes here