Adriana’s work engages with the concept of “xenology”: the study, analysis, and development of the xeno (strange, alien, other). This research begins by being rooted in a particular xeno element of herself, being transgender. Nevertheless, the practices extend far beyond limited identity formations and suggest avenues of (self-)experimentation that open all to the possibilities of transformation-from-within.

Her project continues from earlier work that she did at Kersnikova Institute and Kapelica Gallery during a Biofriction Residency. That project, Xenological Entanglements. 001: Eromatase is a multi-year work that aims to genetically engineer the production of estrogen from testicular cells. This desire is rooted not only in the quotidian ease and rebuke of medical gatekeeping it would offer, but also in a deeper longing to go on long-duration space missions which thus requires a form of pharmaceutical self-sufficiency. As a result, the project also necessitates the development of open source tools of space-based biomedicine, such as microgravity simulators.

She plans on deeply engaging with at least two aspects of this project: the use of CRISPRa technologies to activate the aromatase gene in my testicular cells (and thus catalyzing the transformation of testosterone into estradiol in those cells), and the possible genetic transmutation of these mechanisms into commensal skin fungi such as *Malessezia* sp. so as to provide a ready source for transdermal absorption of estradiol.

Building off of this, and in conjunction with Waag, Hackers and Designers, and the ecotoxicologist Heather Leslie, she plans on more deeply exploring the notions of commensality, specifically how we define what is “toxic”, “poison”, “foreign”, “xeno”, and thus what is outside of the realm of the commensal. What would it mean to adjust the valence of these terms so that their poisons become cures–the pharmakon? What sorts of new relations could we form with these entities–preterrelations, relations “beyond” the conventional? For relations are fundamentally about encounters between unlike entities, the difference that necessitates a form of mediation between them. Thus how we live the relations with other entities (bio-, silico-, algo-, cosmo-) will shape the types of worlds we want to build, an urgent consideration in a time when self-same identity is too often winning over difference. 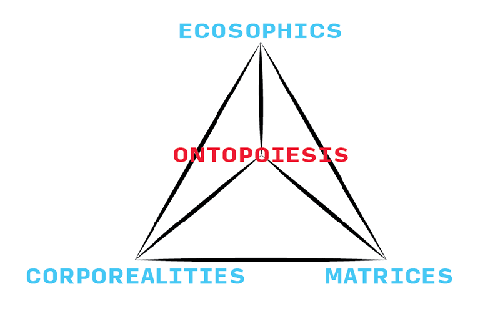 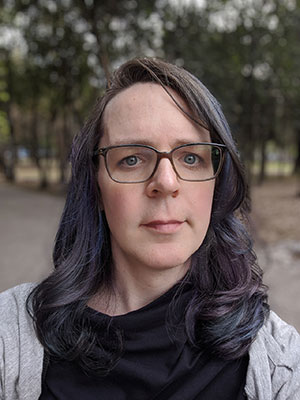 Adriana Knouf works as a xenologist, and as an artist, scientist, writer, designer and engineer. She engages with topics such as space art, satellites, radio transmission, non-human encounters, drone flight, queer and trans futurities, machine learning, the voice, and papermaking. She is the Founding Facilitator of the tranxxeno lab, a nomadic artistic research laboratory that promotes entanglements amongst entities trans and xeno. Adriana is also an Assistant Professor of Art + Design at Northeastern University, Boston, MA, USA. She previously taught at Wellesley College and Ithaca College.
Adriana has a PhD in Information Science from Cornell University, an SM in Media Arts and Sciences from the Massachusetts Institute of Technology, and a BS in Engineering and Applied Science from the California Institute of Technology.
She has been selected for a number of prestigious residencies, including a Biofriction residency at Kapelica Gallery and Kersnikova Institute in Ljubljana, Slovenia; participation in Field_Notes supported by the Bioart Society, Helsinki, Finland; and a project at the Wave Farm in Acra, NY, USA. Her research has been funded by fellowships from the Mellon Foundation and the American Council of Learned Societies (ACLS). Past work has been recognized by a number of awards, including as a prize winner in The Lake’s Works for Radio #4 (2020), an Honorary Mention by Prix Ars Electronica in [the next idea] category (2005), the Leonardo Abstracts Service (LABS) for her dissertation (2013) and master’s thesis (2008), a memefest Award of Distinction (2008), and a special transmediale ‘Online Highlight’ (2009). She has presented her research and projects at national and international conferences and festivals such as transmediale (DE); Piksel (NO); ISEA (SG, CA); DIY Citizenship (CA); TEI (JP); CHI; CAA; Tuning Speculation; the Society for Literature, Science and Art (SLSA); and the Society for the Social Studies of Science (4S). Additionally, Adriana’s work has been discussed in print and online media, including Makery.info, Motherboard, The Creator’s Project, ID Magazine, the Boston Globe, CNN, Slashdot, and Afterimage.

Founded in 1994, Waag operates at the intersection of science, technology and the arts. Waag focuses on emergent technologies as instruments for social change, and is guided by the values of fairness, openness and inclusivity.
Waag’s dedicated team of sixty thinkers and makers empowers people to become active citizens through technology.

Waag uses the method of Public Research. Public Research is experimental, interdisciplinary research. Artists, creatives and end-users have a central position and a large influence on the final result: Users-as- Designers. The classic approach of science and the standard model of research and development is enhanced by this method that cross-links arts, culture and science. Public Research creates applications suited to the needs and possibilities of users and is related to participatory design, rapid prototyping, practice-based research and tinkering.

With its longtime international experience in community building and managing innovative projects Waag has developed several ground-breaking prototypes, applications in (inter)national projects and programs. Labs, challenges and academies are a few of the successful strategies that Waag uses to engage a wide range of stakeholders with technology that can benefit societal issues, like healthy aging, digital heritage, educational reform, open design, development of internet technologies and even genomics. 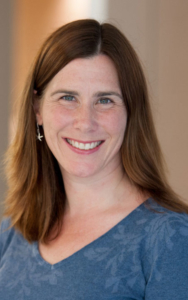 Dr. Heather A. Leslie is a leading expert in international (micro)plastics research with an interest in studying how marine litter, plastics and industrial chemicals can impact our ecosystems, health and society and what can be done about it.
At the E&H laboratory, Dr. Leslie uses her background in ecotoxicology and environmental analytical chemistry to make the invisible visible, developing analytical techniques that enable the detection and quantification of microplastics, chemical additives in plastic and other industrial chemicals (e.g. persistent organic pollutants) in environmental matrices such as: birds, invertebrates, fish, food chains, sediment, canals, rivers, sea water, harbours, sewage treatment plants, air, products (e.g. cosmetics, plastic consumer goods) and product waste streams and in humans. Tracing the toxic micro and macromolecular debris of our contemporary consumer society through ecoystems, product systems and our own bodies and increasing our understanding of the fate, distribution and effects provides input to multiple users from research, policy, civil society and industry. She often works together in interdisciplinary teams, not only with chemists and ecotoxciologists but also governance experts, economists, humanities scholars, oceanographers, engineers, modellers, ecologists, industrial partners, polymer chemists, designers and artists, civil society et al. 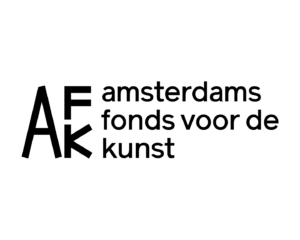 Adriana Knouf received the support of the AFK’s 3 Package Deal 2020 in the Social Design section. The Amsterdam Fund for the Arts (AFK) invests in the arts which enrich the experience of life in the city of Amsterdam. The AFK encourages the quality, dynamism and diversity of the arts in Amsterdam, and contributes to the city’s strong and richly varied cultural climate. The fund is available to all disciplines within the cultural sector, for cultural organizations and artists. The AFK supports both experimentation and proven quality, established organizations and those that are relatively new, the professional arts and amateur arts – from every district of the city.
As a metropolitan cultural fund, the AFK offers support to high-quality cultural activities, it functions as a booster for the arts within the city, and is an investor in a sustainable future for the cultural sector.